Brown Fat? Give Me Some More of That!

For most people, the word "fat" brings up undesirable associations: stubborn muffin tops, restrictive diets, heart disease. When exercising and dieting, we generally try to decrease body fat levels because they are harmful in excess.

But what about brown fat? It sounds even more disgusting than your typical "white fat", but brown fat is actually more complicated – and beneficial!

Brown fat cells are composed of many small, oily droplets, and contain the brown, kidney-shaped organelles known as mitochondria. In brown fat cells, mitochondria burn up the droplets around them to produce heat. In contrast, white fat cells lack mitochondria, and are formed of larger single oily drops.

What does that mean? Through generating heat, brown fat burns calories, and white fat does not.

Who has brown fat?

Brown fat is primarily found in babies. Because infants cannot shiver, the brown fat helps generate excess heat that helps keep them warm. While much of it disappears with age, it turns out that adults have some small stores of brown fat, mostly between the shoulder blades.

You're probably wondering if you have brown fat. Sadly, BodySpec's DXA scan cannot test clients for brown fat. The only way to measure it is through a PET (positron emission tomography scan) which involves injecting you with radiolabeled glucose. However, we do know the following: 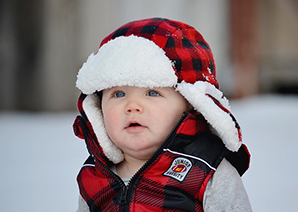 But regardless of how much actual brown fat you have, there's some good news. You can actually get your white fat to act like brown fat! This calorie-burning white fat is called "beige fat".

How do I turn my white fat into beige fat?

So the next time you do these things, remember that as you're changing your lifestyle, you're also changing your fat cells – for the better!