Ever been curious about how DXA body fat measurements compare to those from other types of body fat tests? We decided to find out by sending Elaine to get her body fat measured five different ways - all in the same morning!

Here are her results:

What does this look like on a person? Everyone will look a little different, even at the same body fat percentage. 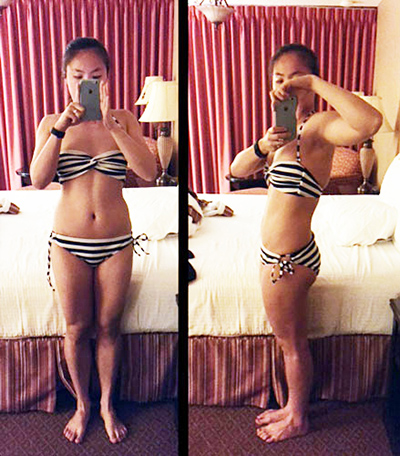 Elaine took these pictures that same morning when she did all the tests above. For reference, Elaine is 5’3” and 130 pounds. She works with a trainer twice a week, primarily focusing on powerlifting, and also does Pilates pretty consistently.

So what's the takeaway?

In general, results between different types of body fat measurement methods should NOT be compared against each other and used as indicators of progress.

Some more details on specific methods:

The DXA scan is the only scan that actually is able to detect the composition of your entire body, head to toe, instead of using a formula. As a result, the DXA scan is able to offer the most accurate and precise measurement - as well as the most useful way to track your progress!