How Does Caffeine Affect My RMR?

America loves coffee. Over half of America’s adult population relies on that heady combination of aroma and caffeine to jump start each day. But what exactly does that first cup o’ joe do to your metabolism?

We decided to find out it by running some pre-coffee and post-coffee resting metabolic rate (RMR) tests on ourselves! 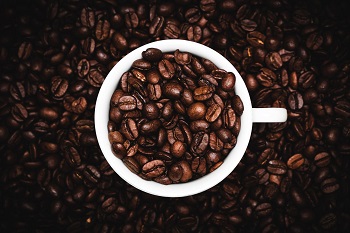 To test this out, Elaine:

All told, our simple testing procedure took roughly two and a half hours. 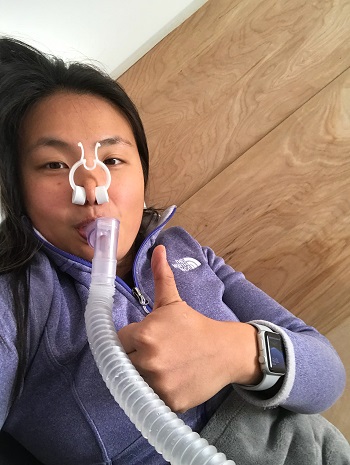 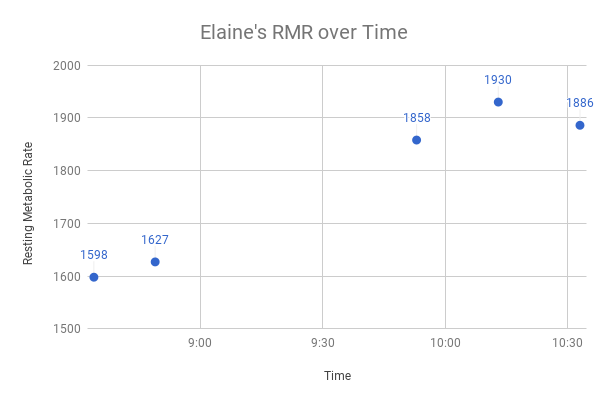 On average, Elaine's metabolism increased by about 17% after drinking the coffee!

For any individual, the magnitude of the impact of the caffeine on RMR will vary depending on:

In this case, Elaine is a 5’ 3” woman who does not normally drink coffee, so she was fairly sensitive to its effects. She was certainly jittery afterwards.

Generally, this effect will last about 1-3 hours. This is why we require our clients to abstain from coffee for at least 4 hours before the RMR test. Of course, using the caffeinated RMR as a baseline for nutrition planning is not advised, as it could lead to inaccurate calorie planning, and consequently, unintended results.

Curious about the speed of your metabolism? Sign up at our storefront in SoCal or at one of our RMR truck events in NorCal - and don’t forget to skip the caffeine that morning!