How Does Eating a Meal Affect Your RMR Results?

Have you ever wondered why you should be fasted before getting a resting metabolic rate (RMR) test?

The primary reason is that the act of eating increases your metabolism for approximately 4 hours. So coming in while your body is actively digesting a meal means that you are not in a rested state during your test.

But, just how MUCH does having a meal shortly before having an RMR done impact the results? It turns out, it increases it a LOT!

To test this out, our Wellness Consultant Amanda did three rested, fasted and un-caffeinated RMR’s back-to-back-to-back to get a baseline measurement.

After completing the three baseline RMR’s, she had breakfast.

The meal consisted of: 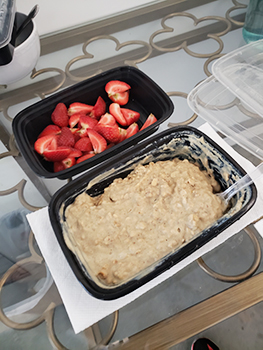 Prior to eating, Amanda’s average fasted RMR came out to be 1708.7 calories.

After eating, her RMR rose to an average of 2366.7 calories, with the highest reading coming in during the third test.

That's a whopping increasing of 38.5% from her pre-meal average! 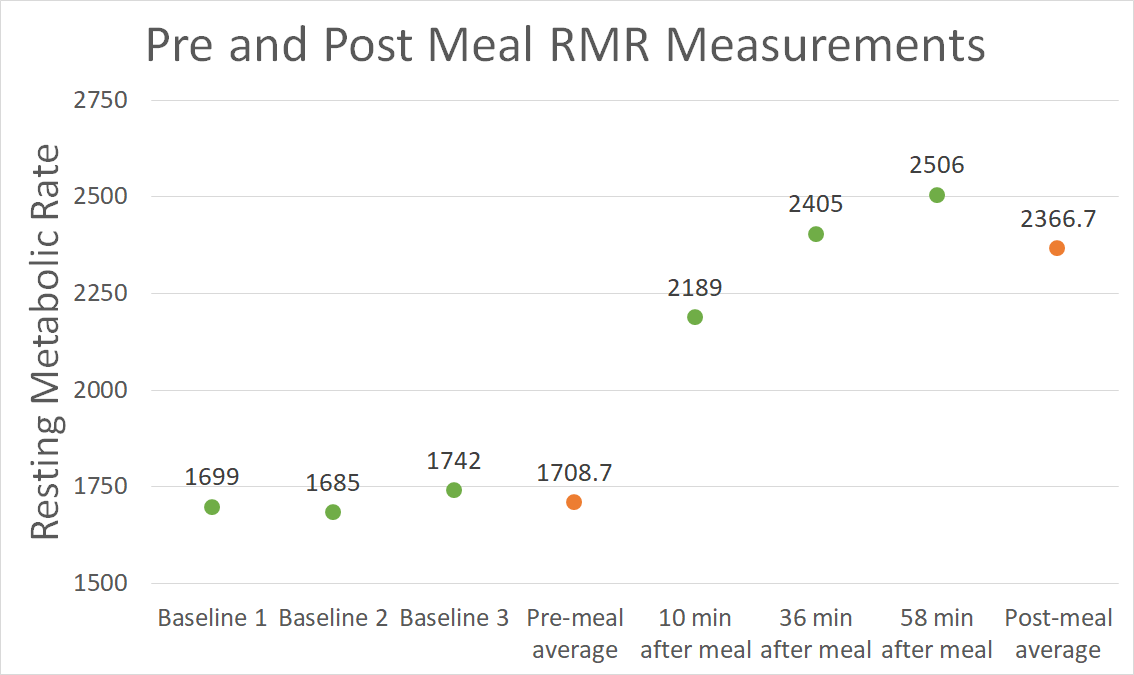 Note: Amanda is a conditioned 34 year-old female with a height of 5’7” and weight of 146lbs, and her metabolism is slightly faster, in general, when compared to women of her age.

If you do this experiment yourself, your mileage may vary. Because everyone’s metabolism is slightly different, based on body composition, conditioning from training and genetics, the magnitude of RMR change due to eating will differ from person to person, but will still result in a higher than actual RMR.

So why does this matter?

The Resting Metabolic Rate is meant to be a starting point upon which lifestyle and activity energy expenditure are added. Based on goals set by the client, adjustments are made to caloric intake targets to either maintain, gain or lose weight.

But if you come in with your RMR measurement already elevated, the resulting calculation of calories required to meet your goals will be skewed upwards - meaning you'll likely be eating more than you need to!